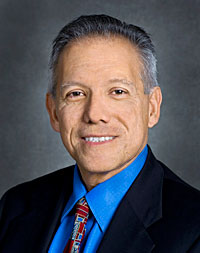 June 3, 2011 - Juan Meza, member of ICERM's Scientific Advisory Board, has moved from Berkeley Lab to take on a new position as the Dean of Natural Sciences at UC Merced. Dr. Meza's research interests include applied mathematics and computer science with an eye toward computational research, including nonlinear optimization and parallel computing methods. Dr. Meza was named one of Hispanic Business magazine's "Top 100 Influentials of 2009" and one of the "Top 200 Most Influential Hispanics in Technology" by Hispanic Engineer and Information Technology magazine in April. The official announcement can be found here.