A Virtual ICERM Public Lecture: Knotty Knits and Evening of Math and Crafts 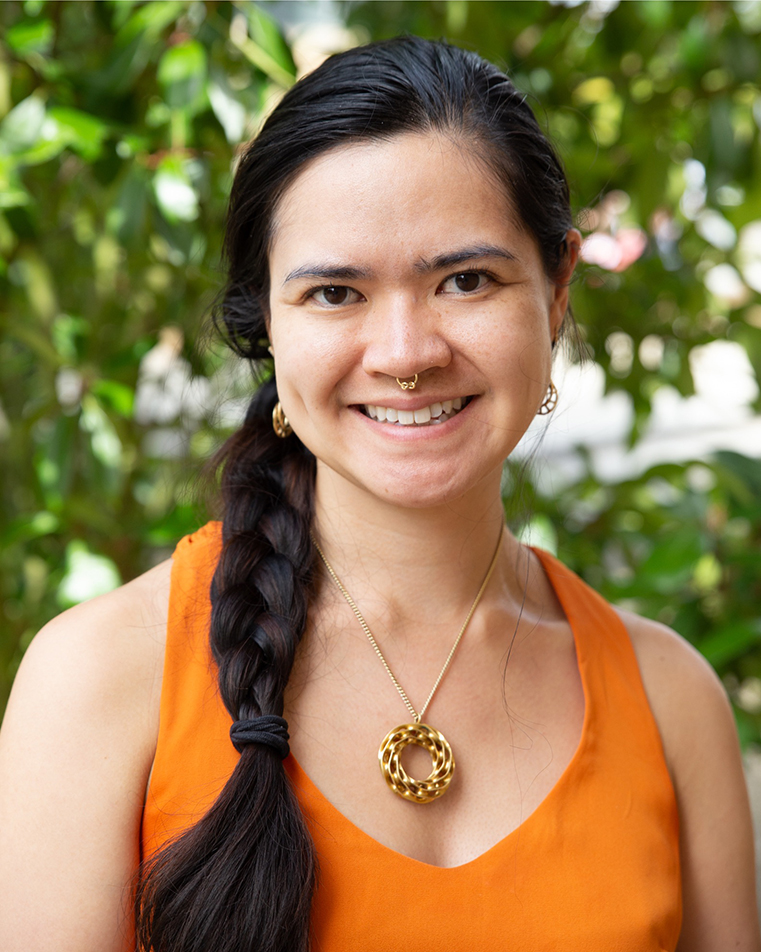 Dr. Sabetta Matsumoto from Georgia Institute of Technology will be discussing creative crafts and math research. What can physics learn from crochet? How does a simple stitch change the stretch of a scarf, and how are modern materials and manufacturing learning from their wooly ancestors? Join Dr. Matsumoto for a talk about curvature using pattern making, symmetries using quilt squares and flags, hyperbolic space using quilting at crochet, and knot theory and coding using knits.

Dr. Sabetta Matsumoto is an Assistant Professor in the School of Physics at the Georgia Institute of Technology. She is passionate about using textiles, 3D printing, and virtual reality to teach geometry and topology to the public.

VIRTUAL ONLY: Applications of Rough Paths: Computational Signatures and... 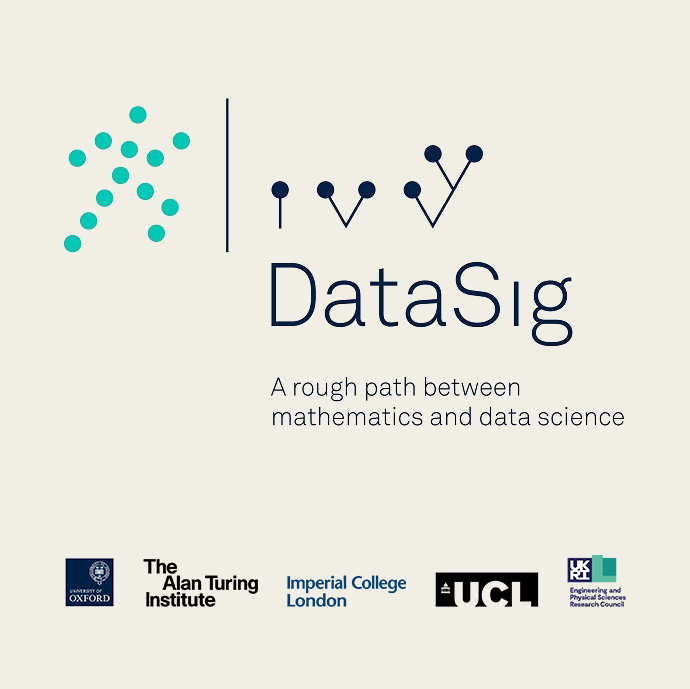 Rough path theory emerged as a branch of stochastic analysis to give an improved approach to dealing with the interactions of complex random systems. In that context, it continues to resolve important questions, but its broader theoretical footprint has been substantial. Most notable is its contribution to Hairerâ€™s Fields-Medal-winning work on regularity structures. At the core of rough path theory is the so-called signature transform which, while being simple to define, has rich mathematical properties bringing in aspects of analysis, geometry, and algebra. Hambly and Lyons (Annals of Math, 2010) built upon earlier work of Chen, showing how the signature represents the path uniquely up to generalized reparameterizations. This turns out to have practical implications allowing one to summarise the space of functions on unparameterized paths and data streams in a very economical way.

Over the past five years, a significant strand of applied work has been undertaken to exploit the... (more)

The MAA â€“ SIAM & TRIPODS Advanced Workshop in Data Science for Mathematical Sciences Faculty is a 5-day hands-on workshop for mathematical sciences faculty who have had some exposure to and experience with data science but who are not themselves data science experts. Participants of the 2017 or 2019 PIC Math Data Science Workshops that were held at BYU qualify and those who have experience coding in Python and applying basic statistical techniques to a large data set. The goal of the workshop is to bring together faculty from a range of institutions and expand the knowledge of the participants so that they are better armed to prepare students for the data science workforce.

Participants will learn more advanced techniques in the fields of data science, statistical learning, and machine learning. They will collaborate on data science projects that will involve accessing and cleaning large data sets... (more)

VIRTUAL ONLY: Computational Aspects of Discrete Subgroups of Lie Groups

This workshop is at the interface of algebra, geometry, and computer science. The major theme deals with a novel domain of computational algebra: the design, implementation, and application of algorithms based on matrix representations of groups and their geometric properties. The setting of linear Lie groups is amenable to calculation and modeling transformations, thus providing a bridge between algebra and its applications.

VIRTUAL ONLY: Advances and Challenges in Hyperbolic Conservation Laws 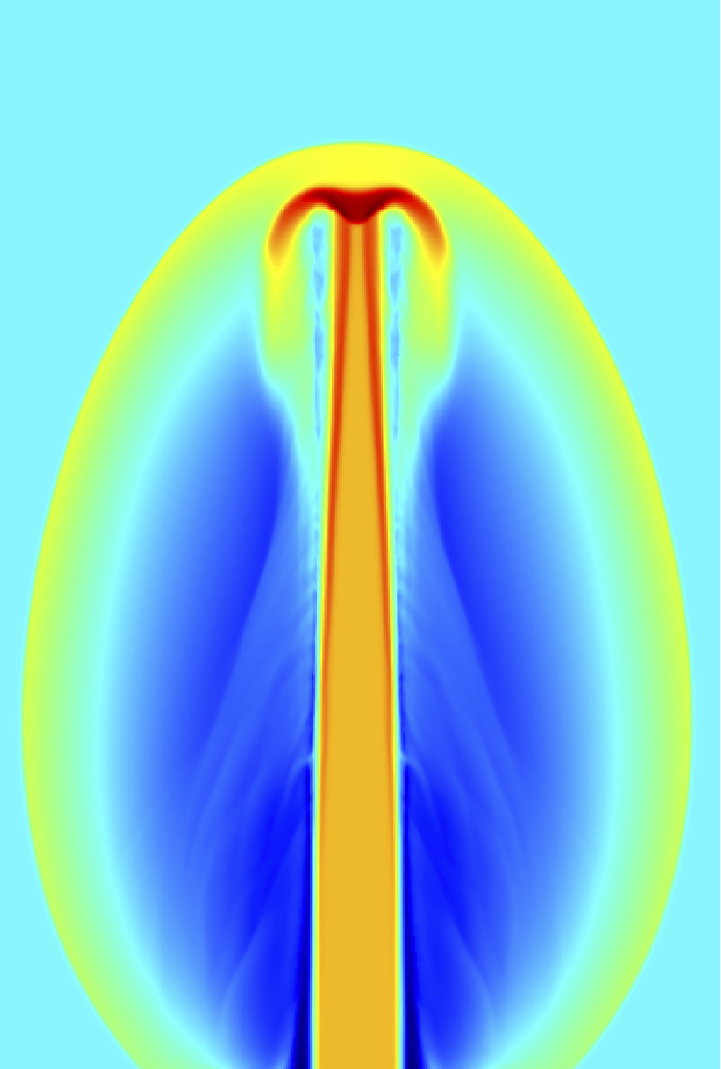 VIRTUAL ONLY: Advances and Challenges in Hyperbolic Conservation Laws
May 17 - 21, 2021

In the field of hyperbolic conservation laws, theory, computation, and applications are deeply connected, with each one providing to the other two technical support as well as insights. Major progress has been achieved, over the past 40 years, on the theory and computation of solutions in one space dimension. By contrast, the multi-space dimensional case is still covered by mist, which is now gradually lifting, revealing new vistas. For instance, in two space dimensions, significant progress has been achieved in the study of transonic gas flow, of central importance to aerodynamics. Parallel progress has been reported on the numerical side, with the design of high-order accurate discontinuous Galerkin and finite volume computational schemes, even for multidimensional systems. Finally, we are witnessing an explosion in the applications, not only on the traditional turf of fluid dynamics but also in new directions, in materials science, biology, traffic theory, etc.

VIRTUAL ONLY: From Runge--Kutta methods to B-series

A short lecture and Q&A with John Butcher

In the early days of Runge-Kutta methods, 1895-1901, the numerical order of particular methods was found by working out the Taylor series for the solution of a generic scalar differential equation. By comparing this with the Taylor series for the Runge-Kutta result, the order of the approximation can be found. This approach was highly successful in finding methods up to order 4 but it became more and more complicated until eventually, in the 1950s, methods up to order 6 were found.

It was discovered, about that time, that the theory based on a scalar problem was not adequate, and a vector differential equation system had to be used as the test problem.

The theory, arising from this high-dimensional approach, has now become B-series analysis.

A note from the organizing committee:

Applicants, for those wanting to give a talk at the conference there is an application deadline of February 26 at 11:59 pm for speakers in order to make a timely decision. We have funding from the NSA for some per diem for both days of the conference, which will also be decided from applicants who apply by the deadline. If you do receive funding, you are required to attend the entire conference.

VIRTUAL ONLY: Algebraic Geometry and Polyhedra 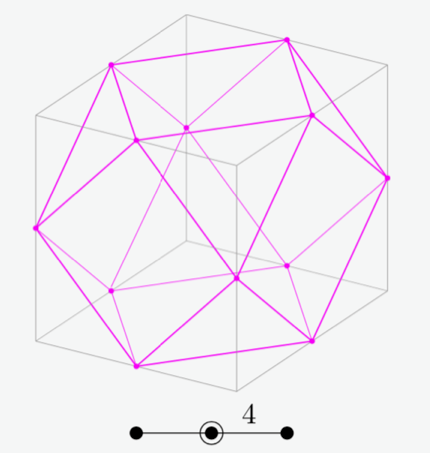 The workshop will revolve around the interplay between algebraic geometry and combinatorial structures such as graphs, polytopes, and polyhedral complexes. In particular, the workshop will foster dialogue among groups of researchers who use similar combinatorial geometric tools for different purposes within algebraic geometry and adjacent fields. The topics covered will include Newton-Okounkov bodies, Ehrhart theory, toric geometry, tropical geometry, matroids, and interactions with mirror symmetry.

VIRTUAL ONLY: Safety and Security of Deep Learning 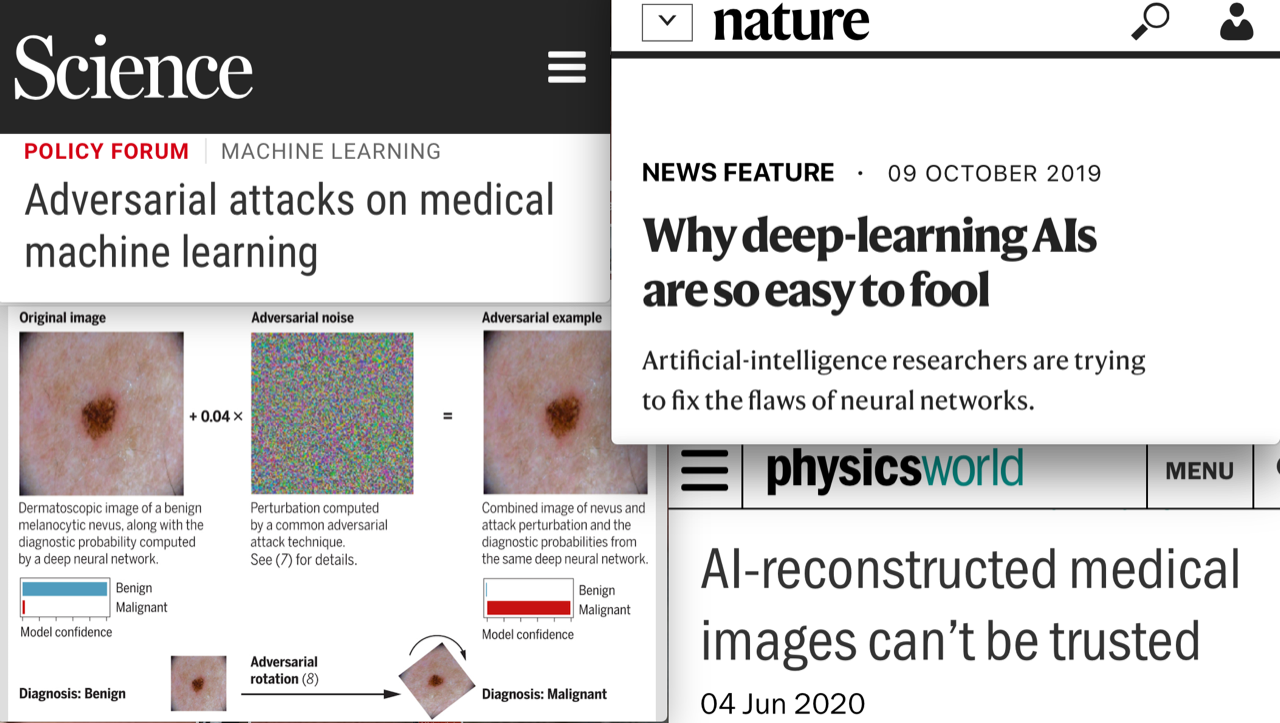 Deep learning is profoundly reshaping the research directions of entire scientific communities across mathematics, computer science, and statistics, as well as the physical, biological and medical sciences . Yet, despite their indisputable success, deep neural networks are known to be universally unstable. That is, small changes in the input that are almost undetectable produce significant changes in the output. This happens in applications such as image recognition and classification, speech and audio recognition, automatic diagnosis in medicine, image reconstruction and medical imaging as well as inverse problems in general. This phenomenon is now very well documented and yields non-human-like behaviour of neural networks in the cases where they replace humans, and unexpected and unreliable behaviour where they replace standard algorithms in the sciences.

The many examples produced over the last years demonstrate the intricacy of this complex problem and the questions of safety and... (more)

VIRTUAL ONLY: Geometry and Combinatorics from Root Systems

The purpose of the workshop is to bring together a diverse group of researchers working on combinatorial and geometric aspects related to spaces with symmetries. The workshop will cover problems arising from various flavors of Schubert Calculus and enumerative geometry on flag manifolds, and problems from geometric representation theory and combinatorial Hodge theory. The topics covered include the study of Littlewood-Richardson coefficients, quantum cohomology and quantum K theory of flag manifolds, Maulik-Okounkov stable envelopes and characteristic classes, conformal blocks, and combinatorics related to moduli spaces, Macdonald theory, and quiver polynomials, Soergel bimodules, Hodge theory of matroids. These are trends in a rapidly developing area, and our aim is to facilitate interactions among researchers who work on different problems but employ similar techniques, at the intersection of algebraic geometry, combinatorics, and representation theory.

VIRTUAL ONLY: Mathematical and Computational Approaches to Social Justice

VIRTUAL ONLY: Mathematical and Computational Approaches to Social Justice
Mar 8 - 10, 2021

Social justice refers to fair relations between individuals and society, including issues such as equity, diversity, and inclusion. While the study of social justice historically has been rooted in the social sciences and humanities, mathematics and computation provide complementary and powerful approaches. Tools from dynamical systems, network science, applied topology, stochastic processes, data mining, and more have been applied to issues ranging from voting to hate speech.

The seminar is aimed at graduate students and early career researchers, and it will showcase both surveys of particular topics, and the latest developments, in Schubert Calculus and related areas. All speakers are encouraged to make at least the first half of their talks introductory and strictly accessible to graduate students.