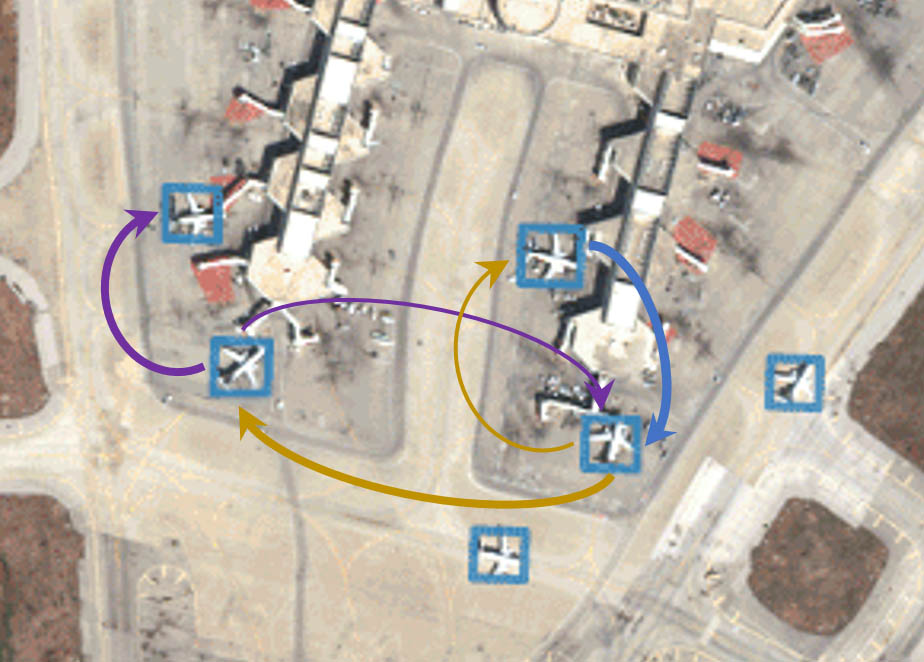 Building systems that can understand visual concepts and describe them coherently in natural language is fundamental to artificial intelligence. Advances in machine learning have had profound impact on computer vision and natural language processing. There has been interesting progress in recent years at the intersection of these two fields, producing systems that describe (eg., caption) images and videos captured by personal cameras in ordinary scenes and street views. Much work remains in this and a host of related problems, including that of building natural language descriptions of commercial overhead imagery and videos, where automation is greatly needed: "If we were to attempt to manually exploit the commercial satellite imagery we expect to have over the next 20 years, we would need eight million imagery analysts" [Robert Cardillo, NGA Director, GEOINT Symposium 2017]. This workshop brings together researchers in machine learning, computer vision, natural language processing... (more) 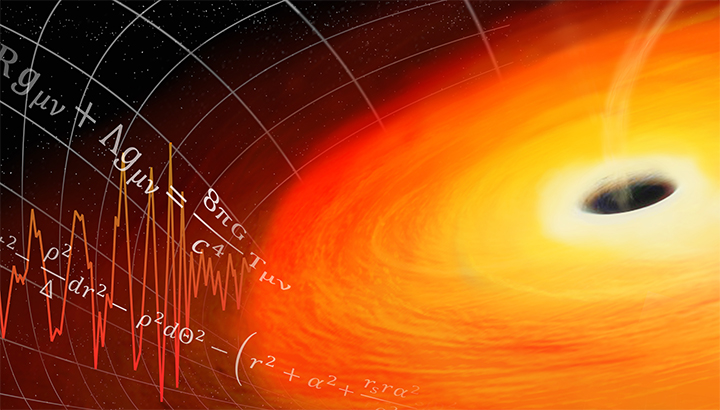 The equations of general relativity, Einstein's field equations, are among the most complicated partial differential equations in mathematical physics. These equations predict the existence of gravitational waves, which are propagating disturbances in spacetime itself. In 2016, the first direct observation of these waves from colliding black holes was reported on, a historic discovery that led to last years Nobel Prize. This discovery would not have been possible without intense interaction between physicists, mathematicians, and high-performance computing tools. Indeed, numerically solving Einstein's equations for the expected wave signal and the processing of gravitational-wave datasets was enabled by advances in algorithms, numerical methods, and access to large computing resources. In this talk, I will focus on the critical role all three played in making this historic discovery as well as summarizing current directions in computational relativity and gravitational-wave data... (more)

Theory and Practice in Machine Learning and Computer Vision 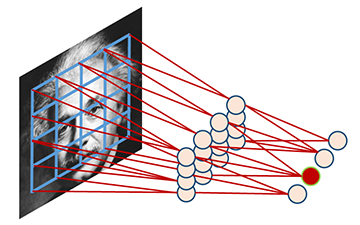 Theory and Practice in Machine Learning and Computer Vision
Feb 18 - 22, 2019

Much of the recent growth in the use of machine learning in computer vision has been spurred by advances in deep neural networks. At the same time, new advances in other areas of machine learning, including reinforcement learning, generative models, and optimization methods, hold great promise for future impact. These raise important fundamental questions, such as understanding what influences the ability of learning algorithms to generalize, understanding what causes optimization in learning to converge... (more)

Research in computer vision involves the development and evaluation of computational methods for image analysis. This includes the design of new theoretical models and algorithms, and practical implementation of these algorithms using a variety of computer architectures and programming languages. The methods under consideration are often motivated by generative mathematical models of the world and the imaging process. Recent approaches also rely heavily on machine learning techniques and discriminative models such as deep neural networks.

Problems that will be considered in the program include image restoration, image segmentation, object recognition and 3D reconstruction. Current approaches to address these problems draw on a variety of mathematical and computational topics such as stochastic models, statistical methods,... (more) 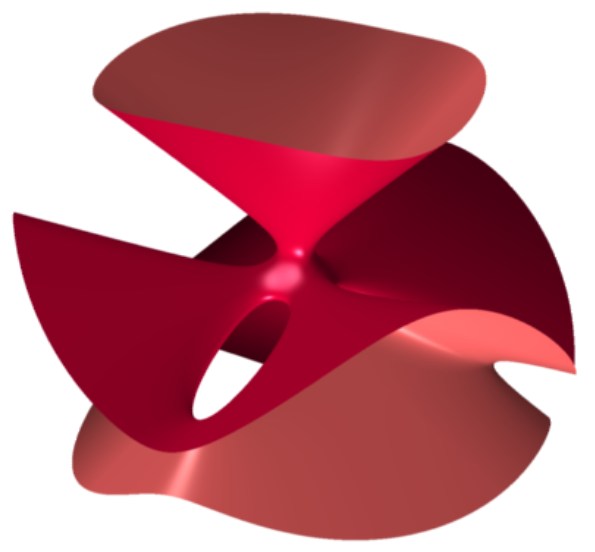 This will be a hands-on workshop focused on a specific computational problem: enumerating all isomorphism classes of abelian varieties of dimension g over a finite field of cardinality q, for a suitable range of integers g and q. Isogeny classes of abelian varieties over finite fields have been previously classified by Weil polynomials and can be found in the L-functions and Modular Form Database. The goal of this workshop is to refine this to the level of isomorphism classes, and, whenever possible, to construct explicit representatives for each isomorphism class. By exploiting recent theoretical and computational advances and assembling an appropriate team of experts, we hope to make rapid and substantial progress during this short, focused workshop and to have results available in advance of the conference on the Arithmetic of Low-dimensional Abelian Varieties that will take place at ICERM in June.

This is a closed workshop that will not be accepting applications.

Note: At this time, ICERM is no longer accepting applications for this workshop as we are at capacity. Talks will be live streamed and recorded for viewing.

The machine learning revolution is already having a significant impact across the social sciences and business, but it is also beginning to change computational science and engineering in fundamental and very varied ways.

We are experiencing the rise of new and simpler data-driven methods based on techniques from machine learning such as deep learning. This revolution allows for the development of radical new techniques to address problems known to be very challenging with traditional methods and suggests the potential dramatic enhancement of existing methods through data informed parameter selection, both in static and dynamic modes of operation. Techniques are emerging that allows us to produce realistic solutions from non-sterilized computational problems in diverse physical sciences.

Models and Machine Learning for Causal Inference and Decision Making in...

Causal and mathematical models are widely used for decision making and policy evaluation at both the micro and macro levels. For example, causal models using large datasets are used to evaluate treatment efficacy in HIV; mathematical models are used to simulate the effects of prevention or policy measures to improve health outcomes or reduce the spread of infectious diseases. Entities such as the World Health Organization and UNAIDS rely on these models to set wide-ranging and high-impact policy related to treatment and prevention of infectious disease.

Causal models tend to rely on large-scale cohort data, while mathematical models in many ways represent evidence synthesis. Important methodologic issues in the development, application, and interpretation of these models include the role of untestable assumptions, transportability of findings to specific populations of interest, model calibration and validation, and uncertainty quantification. The datasets used to develop these... (more)

Applications often pose many algorithmic, computational, and theoretical challenges, and overcoming these challenges has been a driving force behind many recent innovations in nonlinear algebra. This workshop will bring together mathematicians and practitioners with a focus on recently developed methods that have been motivated by solving problems arising in applications. Three key hallmarks of the methods presented are efficient computation of solutions, exploitation of structure, and reformulation of numerically unstable systems. Some of the topics planned for discussion include algebraic cryptanalysis and coding theory, chemical reaction networks, computational biology, computer-aided geometric design, applications of enumerative and tropical geometry, gauge and string theory in physics, and applications to statistics such as probabilistic graphical models and singular learning theory. 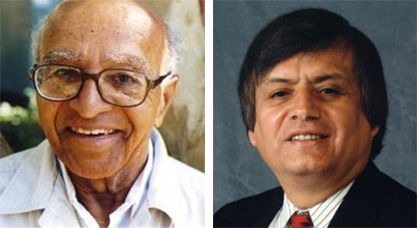 The NSF Mathematical Sciences Institutes Diversity Committee hosts the 2018 Blackwell-Tapia Conference and Awards Ceremony. This is the ninth conference since 2000, held every other year, with the location rotating among NSF Mathematics Institutes. The conference and prize honors David Blackwell, the first African-American member of the National Academy of Science, and Richard Tapia, winner of the National Medal of Science in 2010, two seminal figures who inspired a generation of African-American, Native American and Latino/Latina students to pursue careers in mathematics. 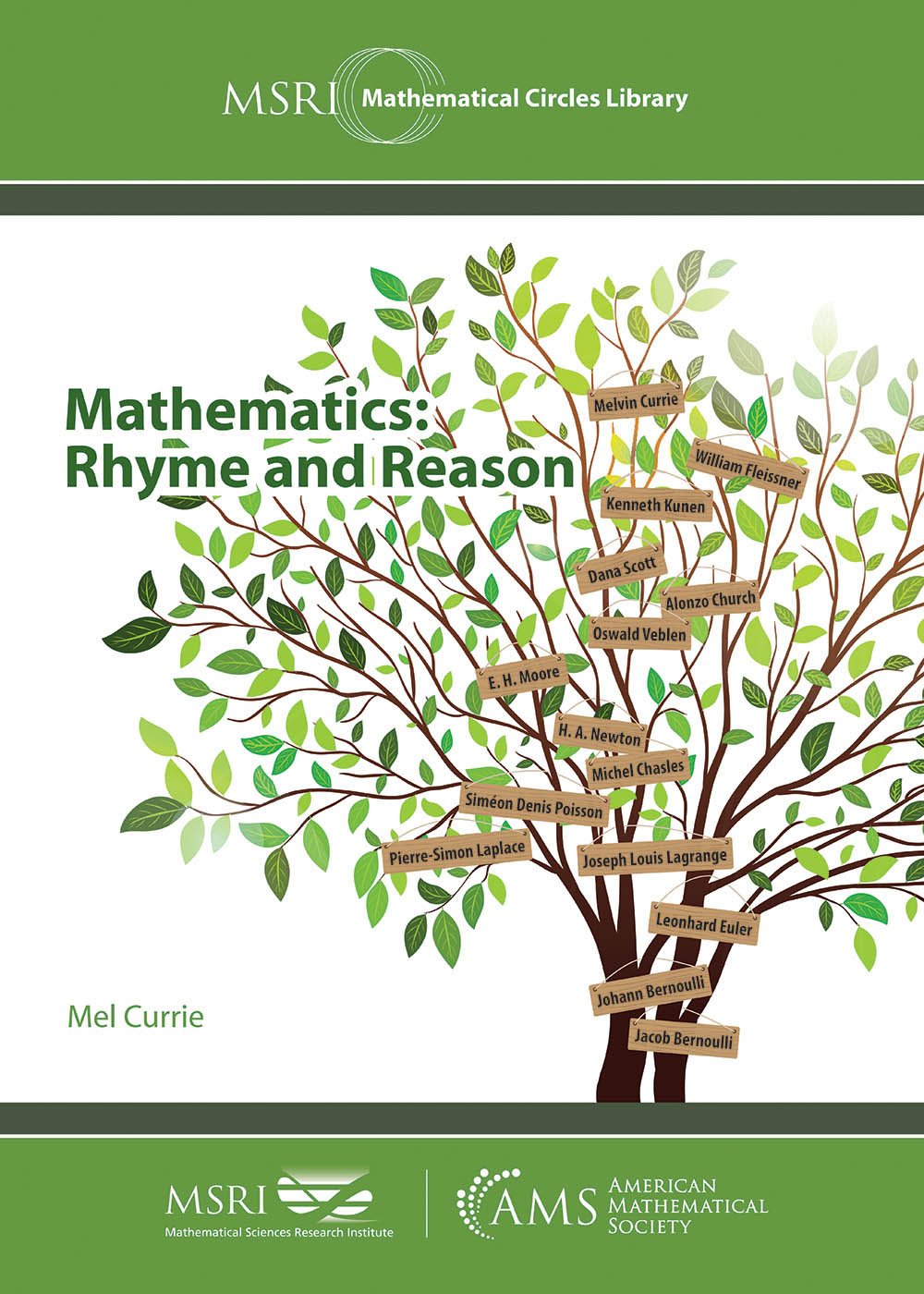 A little more than three years ago, while attending the Conference for African American Researchers in the Mathematical Sciences at ICERM, I spontaneously announced to ICERM Associate Director Ulrica Wilson that I thought I would write a book about the heart of mathematics. Then I went ahead and did it. What was I thinking?! Publishing Mathematics: Rhyme and Reason is akin to undressing publicly. So, what ends up being exposed? Well, among other things, I place in plain view relationships with people in my mathematical upbringing, some of whom popped into my life for better and, at least once, for worse. One will also see my life-long attachment to the simple truths of mathematics. The book is a message to the kid I was, with the assumption that such kids still exist. I present a large collection of theorems and call them nursery rhymes in the book, though I didnâ€™t stumble across a few of them until I was well beyond nursery-rhyme age. I also write about whether or not I have ever... (more)

Celebrating 75 Years of Mathematics of Computation

This symposium will highlight the progress in the mathematics of computation over the last few decades. The invited lectures will present historical surveys of important areas or overviews of topics of high current interest. Together they will provide a panoramic view of the most significant achievements in the past quarter century in computational mathematics and also the most important current trends.

The first day of the symposium (November 1) is devoted to the discrete topics and the other two days (November 2-3) are devoted to continuous... (more) 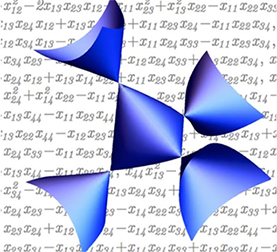