There are several fundamental applications involving kinetic theory and computations. They range from semiconductor modeling involving kinetic and quantum charged transport, radiative transfer in cosmology, conservative and dissipative phenomena in rarefied gas dynamics in mixtures, and grain and polymer flows.

Issues to be addressed involve the derivation and multi-scale modeling due to different scales of effective constants, spatial heterogeneities and strength of boundary conditions. Because the basic drift-diffusion, hydrodynamic and quantum models may interact through interfaces, a basic understanding of boundary conditions as well as phase transitions are critical. An example of such modeling problem appears naturally in semiconductors devices where the electron and holes density flows through a highly heterogeneous crystal lattice.

It is well established that drift-diffusion models are currently inadequate for the simulations of submicron devices where effective fields become very strong. As a consequence, kinetic transport modeling and even quantum modeling corrections are necessary to accurately model the current flow through devices. Mathematically it is critical to address the analytical and approximating properties of hydrodynamic and kinetic models of Euler and Boltzmann type coupled to Poisson's equation, as well as the Schrödinger and quantum Boltzmann equations that become relevant in different scaling regimes.

Recently, there have been new applications to biological systems, chain supply dynamics and quantitative finance, where statistical methods for multi-agent systems have given raised to of extension of Boltzmann equation to models for particle swarms, networks or the dynamics of information. This is a mathematical area that is not as well developed as its semiconductor counterpart. Our program will pay special attention to these new developments in an attempt to set basic benchmarks of terms of analytical as well as numerical modeling. Image courtesy of Christoffer A Rasmussen 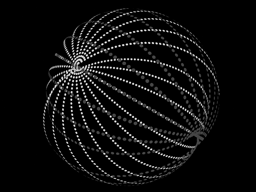 A major open area is to solve a hydrodynamic model in two or three dimensions with boundary conditions of contact type. So far this has been accomplished only in one dimension and for some reduced stationary models in two dimensions. These issues have raised important open questions about how to design numerical schemes for such hydrodynamic models.

For quantum-based computations of resonant tunneling diodes in semiconductors, high-dimensional computations are very expensive because of the high oscillations. However, in the most effective designs of devices the highest oscillations occur along preferred directions which naturally select appropriate homogenized model reductions. This is an example where the mathematics can efficiently reduce the solution structure to make the computations feasible.

Despite its importance, there has been very little work on quantum Boltzmann equations because of their severe nonlinearity. Our program will attempt to numerically compute and analytically construct global-in-time solutions near a Bose-Einstein distribution and to investigate the phenomenon of Bose-Einstein condensation.

Another area of focus will be the modeling of swarms, information percolation, Pareto tail distributions and chain supply dynamics. These models exhibit a new sort of difficulty; in fact, their stationary states are not Maxwellian. New approaches to reduced dimensionality via hydrodynamic limits or moment methods are being considered. In addition, some social-biological interactions are modeled by systems of kinetic equations which remain broadly unaddressed. 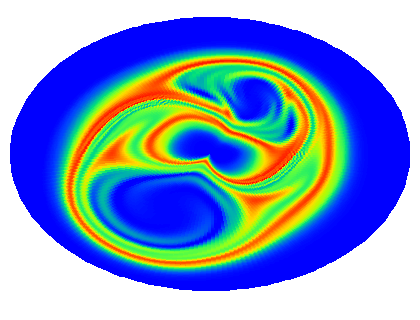 Kinetic theory plays a central role in many areas of mathematical physics, from nanoscales to continuum mechanics. It is an indispensable tool in the mathematical description of applications in physical and social sciences, from its origin in dilute gases, to wide applications such as semi-conductors, polymers, cells, plasma, galaxies, traffic networking, and swarming. The number of particles is typically more than 1020.

On the one hand, kinetic models provide more detailed and accurate description of regimes where hydrodynamic equations are either invalid or simply not available. On the other hand, because modern computers are still inadequate in simulating the molecular or even quantum dynamics in emerging industrial needs in micro- and nanotechnology, kinetic equations provide models that can capture important features of microscopic or quantum phenomena with a manageable computational cost. Kinetic theory is at the core of multiscale modeling, which connects fundamental... (more) 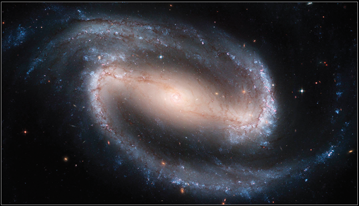 There are many examples of astrophysical plasmas of this type, such as the solar wind. When a fusion reactor is very hot, the relevant times scales are so short that collisions can be ignored. Vlasov theory also models systems where the dominant force is gravity, such as clusters of stars or galaxies.

The celebrated Boltzmann equation is the foundation of the kinetic theory for dilute collections of particles, which undergo elastic binary collisions. The Boltzmann theory is at the center of a series of multi-scaled physical models that connect microscopic multiparticle models to macroscopic fluid models such as the Navier-Stokes equations:

The first arrow refers the Boltzmann-Grad limit, while the second arrow refers to various hydrodynamic limits which lead to the fundamental equations of fluids. The Boltzmann theory therefore provides a practical tool and machinery for deriving macroscopic models in broad physical applications. Due to its importance, there has been an explosion of mathematical studies, both theoretical and numerical, for the Boltzmann equation.A major open problem that remains is to determine whether or not smooth initial data would lead to a unique global-in-time solution of the Boltzmann... (more)

A discontinuous Galerkin scheme for front propagation with obstacles

Binary interaction algorithms for the simulation of flocking and swarming dynamics

An application of the discontinuous Galerkin method for solving kinetic equations

Some considerations on radiometric effects

Some new remarks on a kinetic equation for Compton scattering

Recent progress on the modeling of flocking and synchronization phenomena