This workshop will examine global arithmetic dynamics from the perspectives of number theory, algebraic geometry, and model theory. It will introduce aspects of this topic to a larger audience, and clarify connections between different perspectives. In addition, there will be extensive discussion periods in which participants can collaborate on theoretical and computational aspects of the topic. This fundamental conjecture in arithmetic dynamics says that for given positive integers D, n, and d with d>1, if K/Q is a number field of degree D and if f:Pn→Pn is a morphism of degree d defined over K, then the number of K-rational preperiodic points of f is bounded by a constant depending only on D, n, and d. It is a vast generalization of the Mazur-Merel theorem on uniform boundedness of torsion points on elliptic curves.

Two fundamental arithmetic results for abelian varieties are theorems of Raynaud and Faltings, orginally formulated as conjectures by Manin-Mumford and Mordell-Lang, respectively. There are a number of dynamical analogues of these conjectures, which roughly say that the orbit of a point should intersect a subvariety only finitely often unless the orbit of the entire subvariety has special properties. Only special cases of the dynamical conjectures have been proven. We expect these problems to be a major focus of the workshop.

Let (xi) be a of sequence of algebraic points whose f-canonical heights go to zero. Under suitable hypotheses, it is known that the Galois conjugates of the xi are equidistributed with respect to the complex and Berkovich invariant measures. A focus of the program will be on global arithmetic applications of this and other similar equidistribution theorems. 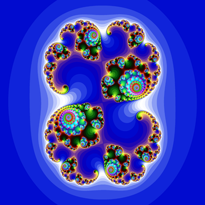 The goal of this program is to bring together researchers in complex dynamics, arithmetic dynamics, and related fields, with the purpose of stimulating interactions, promoting collaborations, making progress on fundamental problems, and developing theoretical and computational foundations on which future work will build. Complex dynamics is the study of iteration of holomorphic self-maps of a complex space. Fundamental examples of such maps arise as algebraic self-maps of algebraic varieties. Starting with the fundamental results of Fatou and Julia, complex dynamics has evolved into a well established field with many deep theorems and many important unresolved questions. Arithmetic dynamics refers to the study of number theoretic phenomena arising in dynamical systems on algebraic varieties. Many global problems in arithmetic dynamics are analogues of classical problems in the theory of Diophantine equations or arithmetic geometry, including for example uniform bounds for rational... (more) 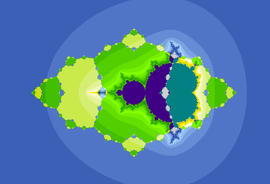 This workshop will bring together researchers working in classical complex dynamics and in the newer area of p-adic (nonarchimedean) dynamics. It will promote interactions between the two groups by highlighting the similarities and differences between complex and p-adic dynamics.

In particular, it will address Berkovich space, whose introduction has greatly enhanced the exchange of ideas between complex and p-adic dynamics. 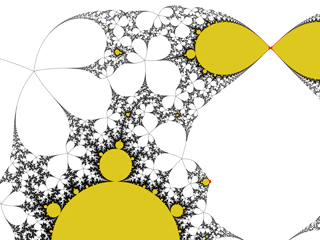 This workshop will bring together dynamicists, number theorists, and algebraic geometers to study the geometry and arithmetic of dynamical moduli spaces. The set Ratdn of rational degree d self-maps of Pn has a natural structure as an affine variety. The dynamical moduli space Mdn is the quotient of Ratdn by the conjugation action of the group PGLn+1. Problems to be investigated include the geometry of Mdn, the distribution of special maps such as post-critically finite maps in Mdn, dynamical modular curves associated to one-parameter families of maps with a marked point of period N, and degeneration of families of maps and the associated points on the boundary of moduli space. A tutorial session will be held the week before this workshop.

On the (failure of) equidistribution of periodic points

Iteration of algebraic points under a rational self-map

Simple and Critically Good Reduction for Endomorphisms of P1

A Uniform Boundedness Theorem for Polynomials

A generalization of the Nagell-Lutz theorem

The Morton-Silverman conjecture, and extending self-maps to projective space